Creatine is one of the most frequently chosen supplements in recent years. It is also the most researched product of this type in the world. Research has shown many positive aspects of its operation. It is worth noticing that it affects a whole host of mechanisms that govern the functioning of our body. In addition, it infuences the increase in sports performance, also supporting the work of our brain. Therefore, it can be said with that creatine is a 21st century supplement.

The article has been divided into several sections. To better illustrate the action of creatine, the way of its dosage and the benefits that can be gained thanks to its use.

Creatine occurs in the body of every human being. According to statistical data provided by scientists, we are able to produce about 1 gram per day on our own. The liver, kidneys and, to a small extent, the pancreas are responsible for this. About 95% of its concentration is found in the muscles, and the remainder in the above-mentioned organs and in the testes, as well as in the brain. On average, a man weighing 70 kg can contain from 120 to 140 g in the body.

With the knowledge above, we will now move on to the mechanisms of its operation. Creatine can be supplied with food: meat and fish. However, due to the thermal processes in the preparation of meals from the products above, its content is significantly reduced. Providing the body with the right amount of creatine to notice significant changes would involve eating a few or even several kilograms of meat, which seems to be impossible. Therefore, the solution is to use supplementation.

2. How does creatine work?

Creatine can be compared to some extent to nitro, which is supposed to drastically increase the power of a car. More specifically, create a rapid increase of speed in a short time. Thus, creatine is mentioned for the human body. It is used by the human body during strenuous efforts lasting up to about 10 seconds. Providing it in the form of supplementation allows the human body to release more power during the previously mentioned period. But let's not expect a single dose, thanks to which we can gain strength of Hercules. Only regular usage of the supplement, leading to a specific individual saturation of the body with it, will cause the desired effect. However, with the duration of exercise, the effect of creatine on the body's energy supply decreases. It is worth noticing that consuming additional portions of creatine to the body will not cause its additional storage. 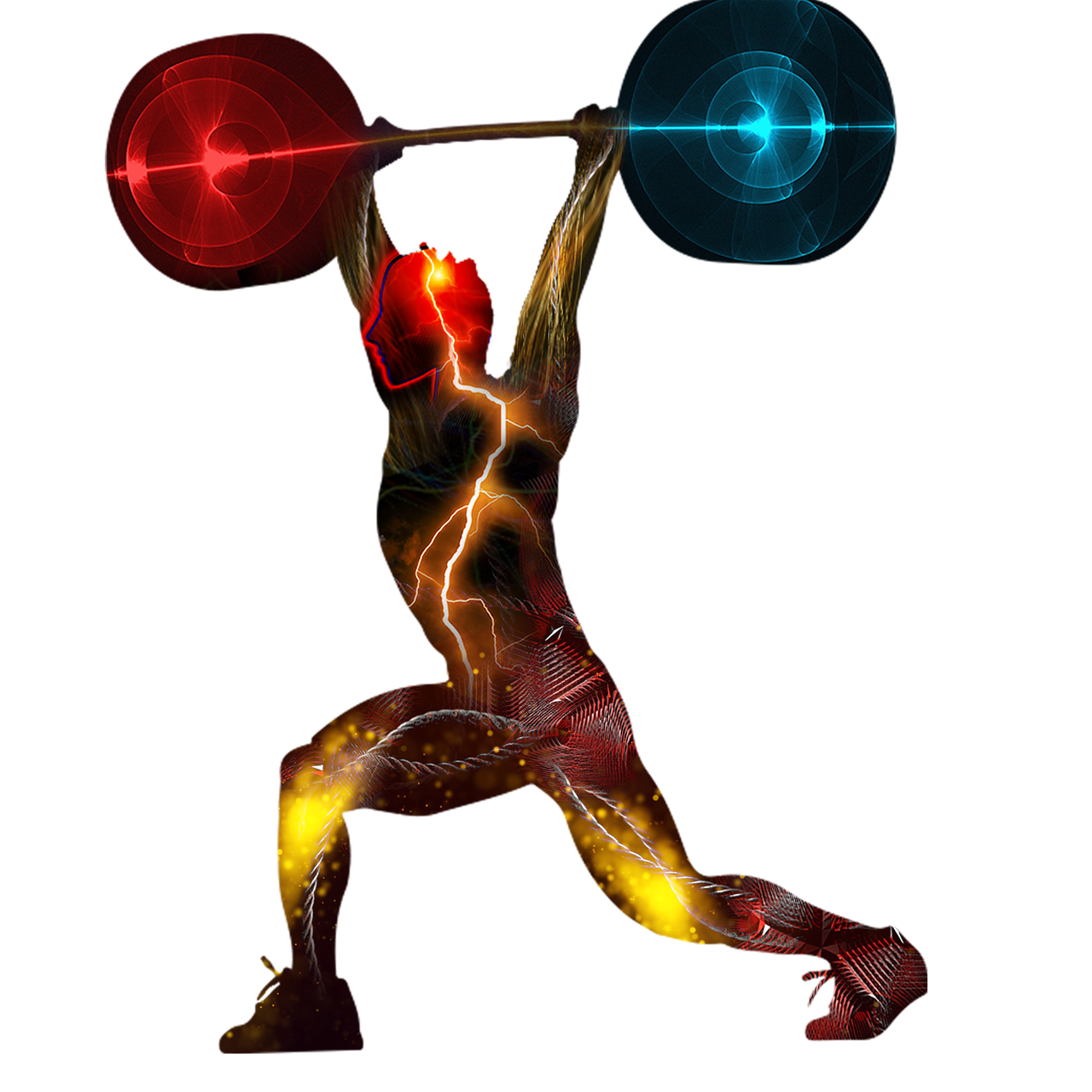 3.Phosphagen system - the mechanism of drawing energy from creatine

It is responsible, as mentioned above, for the renewal of energy during high-intensity efforts lasting up to 10 seconds. When no muscle work is undertaken, the energy (ATP) is not accumulated too much. The body automatically regulates its level in the muscles. While lifting weights or sprints, this situation changes dramatically. The body just begins to need much more energy. Therefore, the system uses phosphocreatine (PC), which consists of a phosphate residue and creatine. ATP breaks down into ADP molecules, which are potentially stored energy, as they can be converted back into ATP. The aforementioned phosphocreatine comes to the rescue, which contributes to accelerating the above process.

4. How to take creatine?

Taking it in unlimited amounts will not cause the body to synthesize it indefinitely. Once the physiological barrier is obtained, we will simply excrete it in the urine. Until recently, there were various "ideas" about using different dosages. Most of them, however, did not have much scientific basis or were of poor quality. According to data recently published by Cooper and his research team, doses of 3 to 5 g or 0.07 g / kg body weight are recommended. Antonio and Cicccone in 2013 published another important study on when to take creatine in relation to training.

Based on the analysis of the results, it was shown that 3-5 g of creatine taken after training gives better results in terms of the development of muscle strength and individual components of the body composition. It is indicated that after exercise, due to the multitude of activated mechanisms, various components of the body begin to absorb life-giving elements to restore "calm disturbed by exercise".

For people who are just starting their adventure with creatine intake, however, it is recommended to use doses at the level of 3g per day. This is to gradually saturate the body and minimize water retention.

5. What is the best thing to take creatine with?

The above question will also not remain unanswered. In this case, we will cite the research carried out by Cribb and colleagues. They analyzed different solutions and combinations of creatine, protein, and carbohydrates and gave them to training volunteers. The best solution was to combine all three of them. Without biochemical and physiological complexities, this result is associated with the activation of insulin release into the blood. This phenomenon is caused by the supply of carbohydrates.

The above-mentioned insulin supports the transport of protein and creatine to individual body stores. As a result, the body quickly obtains the protein necessary for repair, and also supports greater absorption of creatine into the body. This phenomenon can be compared to fruit sorting, where employees would have to catch them as quickly as possible. However, to support their work, a device was introduced to help collect fruit from the belt. This device in the human body would be insulin in relation to creatine.

Creatine will be useful primarily for people who want to significantly increase their muscle strength. There can be many mechanisms influencing the above phenomenon. First of all, it indicates an increase in neuromuscular coordination. This means that there are faster microcontractions in the muscle fibers.

By using a proper diet, we will also gain additional gain in lean body mass. This means that this supplement can stimulate both the growth of muscle mass and water, which is in fact a part of them. In efforts of up to about 30 seconds, creatine can lead to an anaerobic power increase of up to about 8%, according to the data.

7. What about supplementation for endurance athletes?

Regularly consumed creatine affects the processes of muscle recovery and performance. It is related to the ATP renewal process. The increased concentration of creatine in the body allows for more effective and faster regeneration of energy particles, which translates into effects in endurance sports.

According to the presented research results, an increase in the body's performance was shown in rowers and swimmers. Also indicated in this case was a shift in the lactate threshold. As you know, lactate is produced by the body during high-intensity exercise. Contrary to appearances, it is commonly believed that it does not affect the appearance of fatigue.

The brain is responsible for this, but more on that another time. Returning to lactate, its increased concentration is the last lifebuoy that the body produces itself. Later quitting this lifebuoy equates to an increase in productivity, and therefore a later activation of lactate secretion. In addition, in this case, glycogen is also indicated. Research conducted on cyclists showed that the aforementioned polysaccharide was initially less than usually consumed among people who used creatine supplementation. This led to an increase in productivity.

8. Creatine and cognitive functions, or how to additionally organize our brain?

According to scientific research, creatine supplementation may also increase the efficiency of the brain. With age, its concentration in the body decreases. There are also degenerative changes occured by a decrease in muscle mass and strength, weaker bone mineralization or cognitive functions. The data show that delivering the above-mentioned product to the body may lead to supporting the functioning of the nervous system. This translates into an increase in the effectiveness of learning and transforming information, which results in a better analysis of various elements. In short, creatine supplementation can improve attention, perception, memory and cognitive control. This means that it can be an important component of aging. At the moment, however, this area of research is still in starting point. Nevertheless, this aspect is extremely promising. In the near future, we should learn the mechanism of creatine's influence on the way the brain functions and the doses that actually affect this extremely interesting and unexplored organ of our body.

Antonio J., Ciccone V., The effects of pre versus post workout supplementation of creatine monohydrate on body composition and strength.Journal of the International Society of Sprots Nutrition, 6, 2013.

Rawson E.S., Venezia A.C., Use of creatine in the elderly and evidence for effects on cognitive function in young and old. Amino Acids, 40(5), 2011. 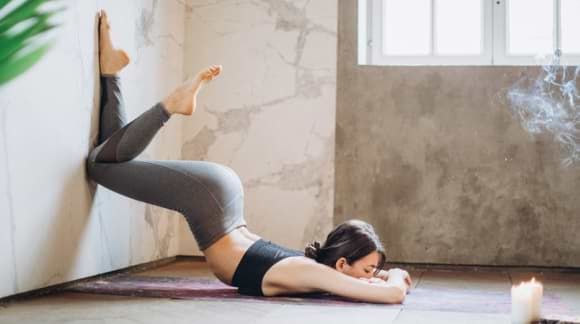 Back pains - exercises and mobilization

According to the data, backache has been experienced in 60-80% of the population of Western countries at least once... 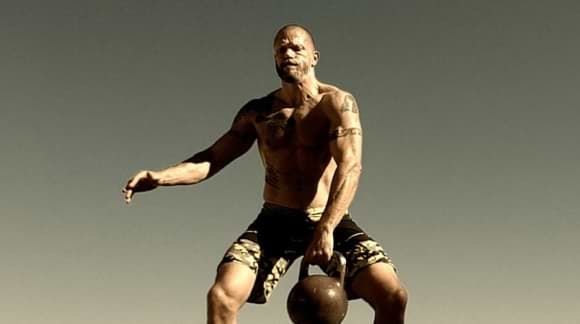 The diminutive names of "teapots" are undergoing a renaissance at this point - we are talking about kettlebell ball... 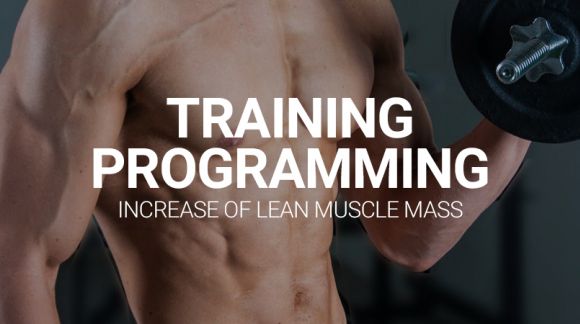 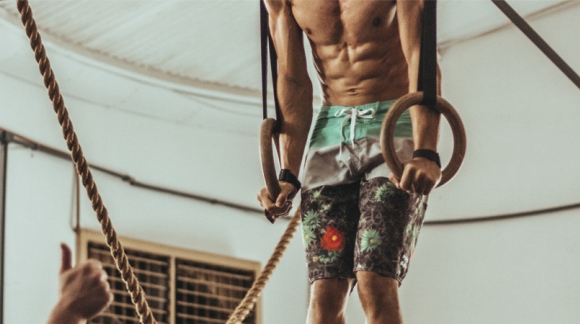