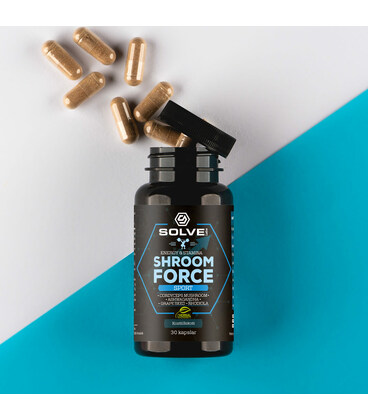 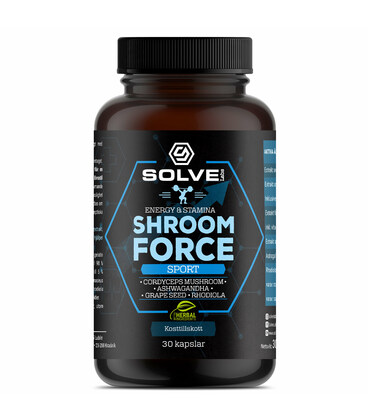 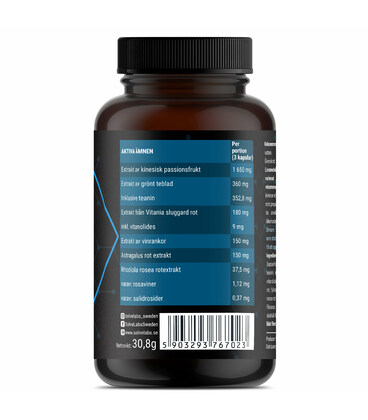 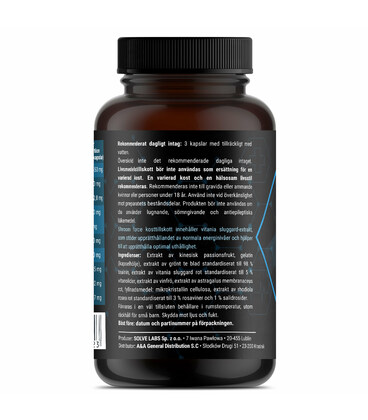 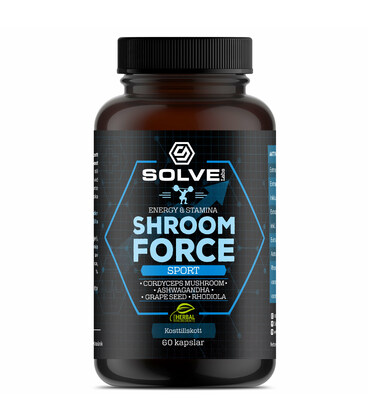 What is the Shroom Force dietary supplement?

SShroom Force is a natural training mixture supporting the efficiency and functioning of the body based on a combination of Cordyceps mushrooms and plant extracts such as Ashwagandha, Astragalus, Rhodiola and green tea.

Who is Shroom Force for?

Shroom Force was created for people who want to support the body in achieving training effects or ensure the maintenance of the optimal level of energy in everyday life. It is a product that will help you support your endurance, natural energy production and overall health.

Shroom Force is used by professional athletes in martial arts, crossfit, fitness and endurance enthusiasts of all levels. 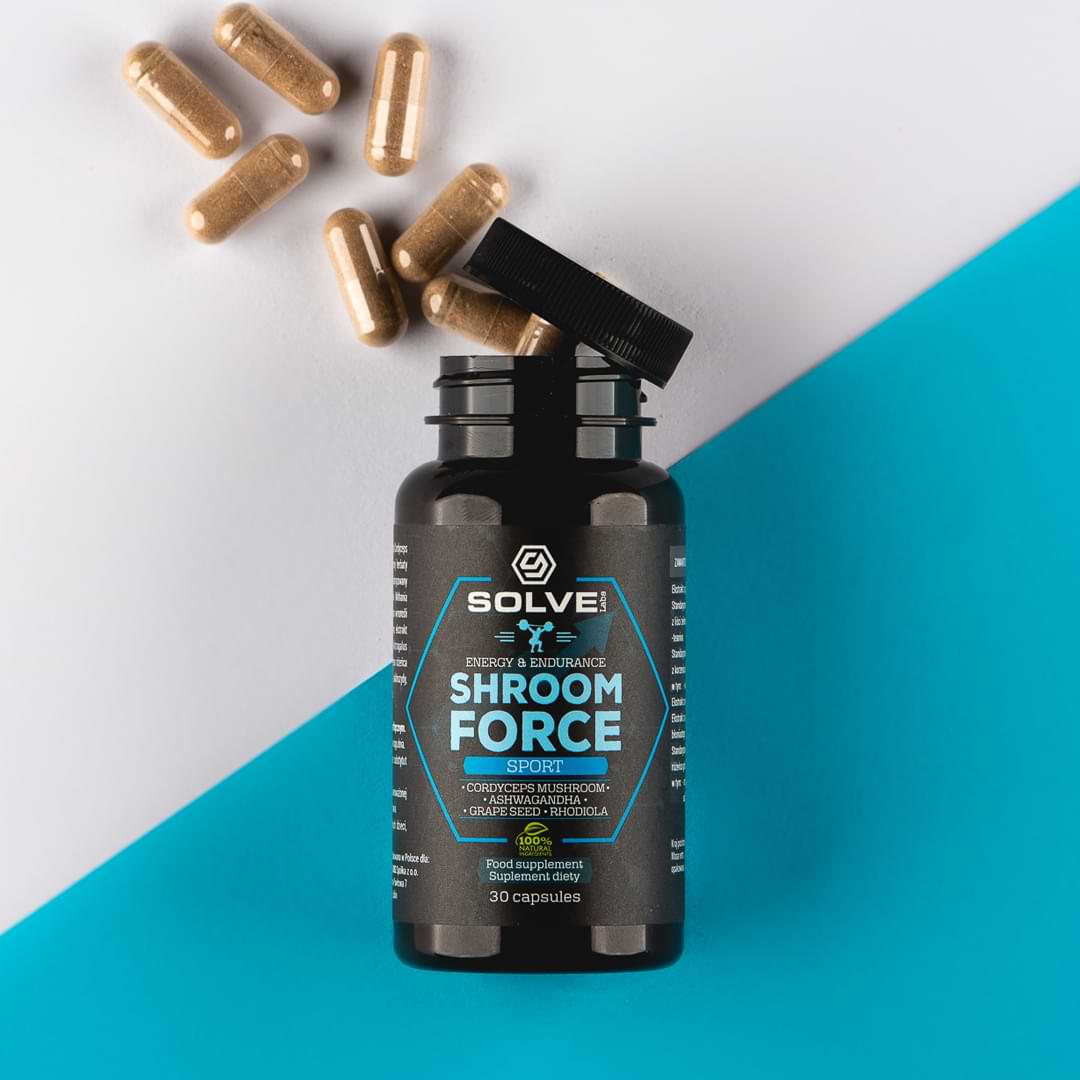 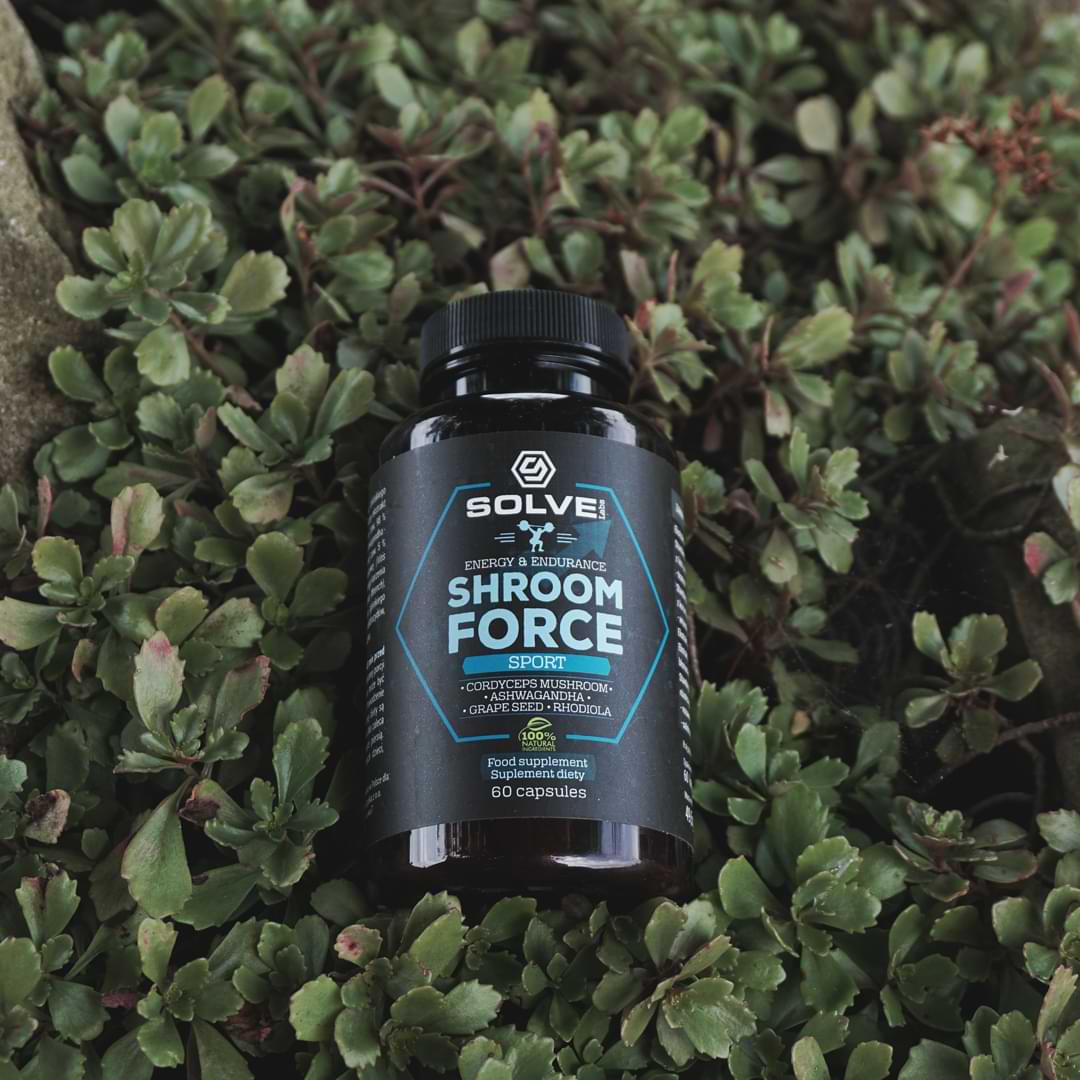 Ashwagandha (Withania somnifera) supports the proper functioning of the respiratory and cardiovascular systems, supports the maintenance of optimal energy levels, helps to build muscle mass, and maintains the body's resistance to stress.

Astragalus membranaceus allows you to maintain the mobility of the joints, supports regeneration after physical and mental exertion.

In addition, Shroom Force contains grape seed extract with antioxidant properties, which reduces the accumulation of free radicals. This creates the right environment for the optimal functioning and regeneration of the body. The ingredients of the mixture were selected in a synergistic manner, revealing the full potential of each substance.

Cordyceps sinensis has been known for thousands of years by peoples inhabiting the high parts of the Himalayas. They were discovered by Tibetan nomadic tribes grazing cattle at high altitudes. They found that when animals eat wild mushrooms, they become much more vigorous and can stay in motion for much longer. Following their example, mushroom infusions were prepared to give vigor and fight fatigue.

For some time now, mushrooms have been appreciated by professional athletes, fitness and martial arts enthusiasts. They became famous after the Olympics in Beijing, where Chinese runners broke five world records. The team's coach attributed his honor to the success of cordyceps supplementation. 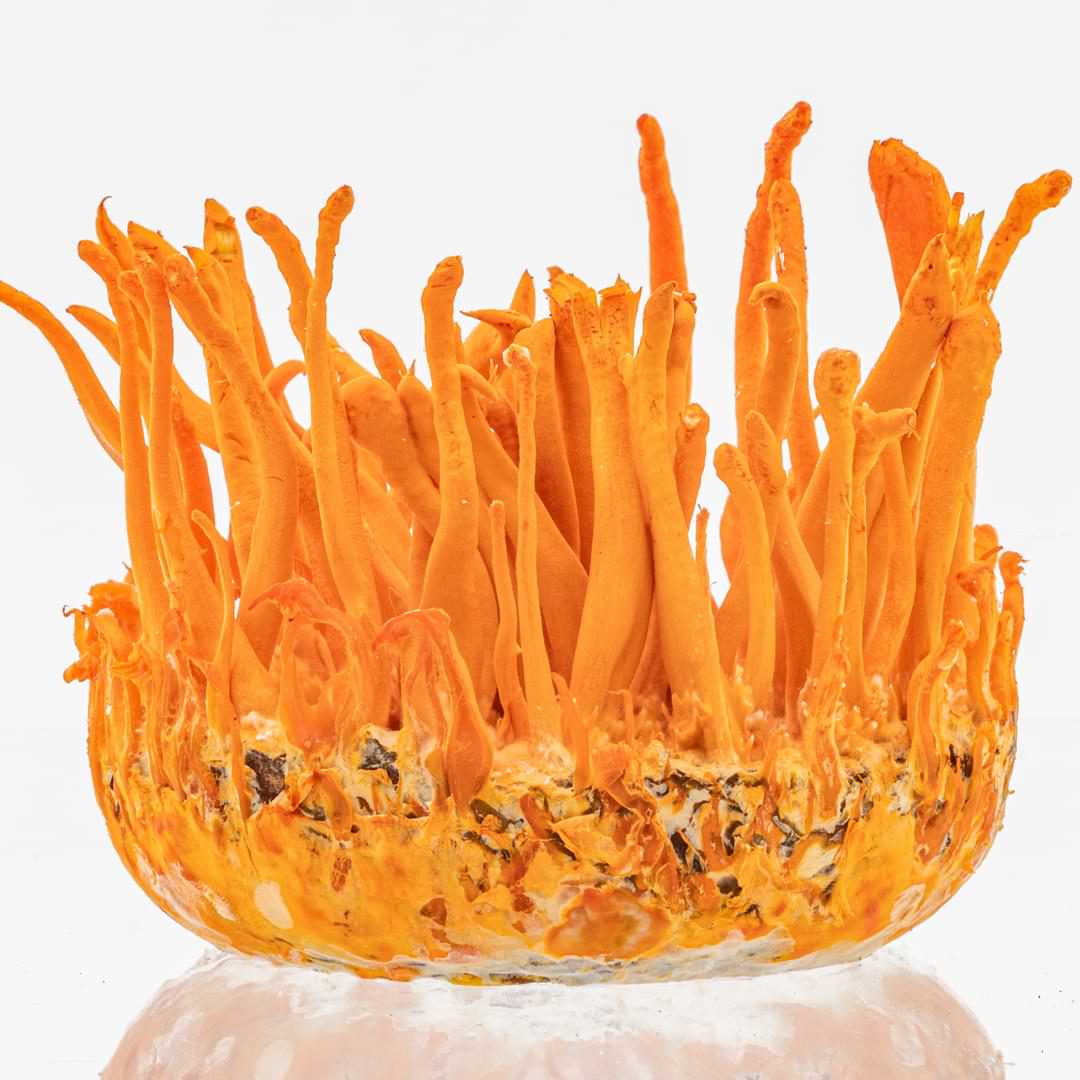 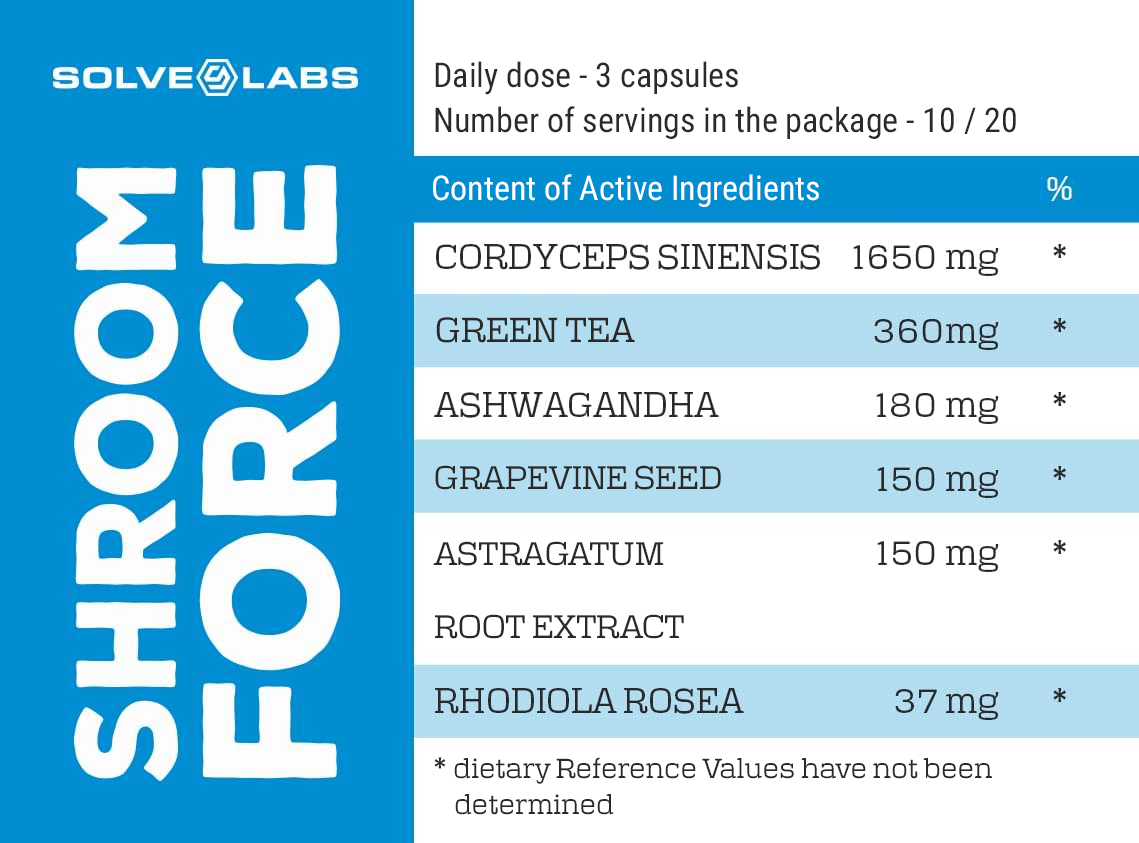 A dietary supplement cannot be used as a substitute for a varied diet. Maintaining a healthy lifestyle and eating a balanced diet are essential to good health.

The product should not be consumed in the case of sedative, hypnotic or antiepileptic medicines, and should not be used by children, pregnant and lactating women. Keep out of reach of small children, in a dry and cool place.

Will using Shroom Force during evening workouts disturb my sleep?

Shroom Force does not contain caffeine and strong stimulants. Thanks to this, it can be used even during evening workouts, without disturbing sleep and the circadian rhythm.

What is the best combination of Shroom Force with?

We especially recommend the combination with Keto Creatine. Shroom Force works by stimulating the cell's mitochondria to produce ATP. Creatine with d on the other hand, it participates in the faster reconstruction of ATP from ADP - a process called ATP resynthesis - which affects the synergistic effect of both supplements

Can Shroom Force be used by the older people?

Due to the lack of stimulating substances, Shroom Force can be used by older people.

Can I take Shroom Force on non-training days?

To maximize the effects of supplementation, we recommend 2 capsules at the same time on non-training days.

After what time are the first effects noticeable?

8 other products in the same category: 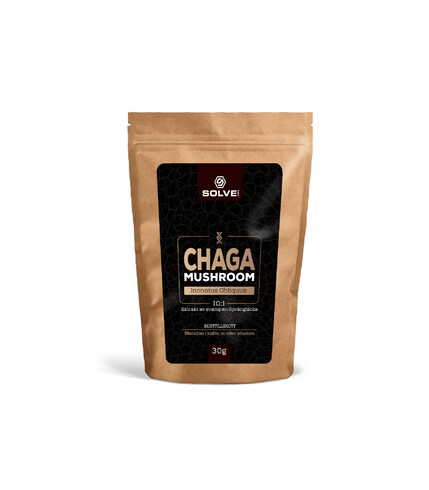 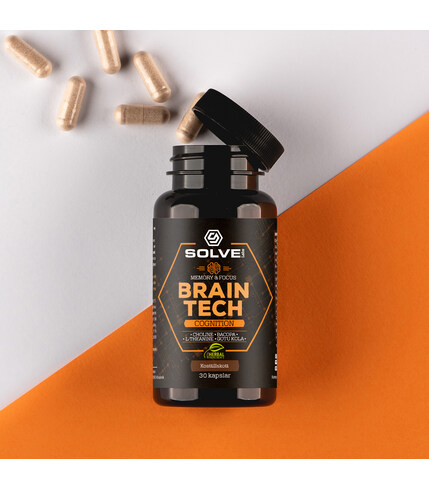 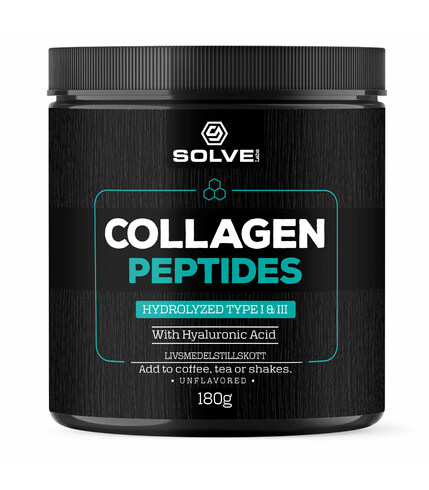 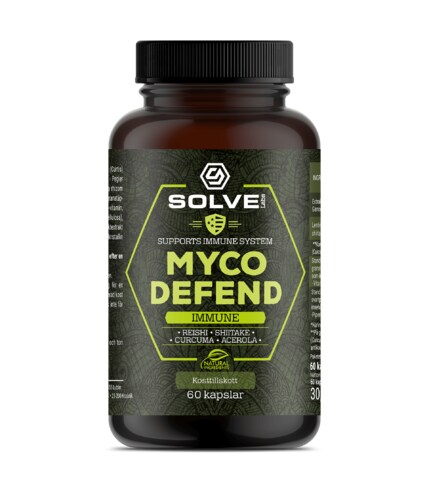 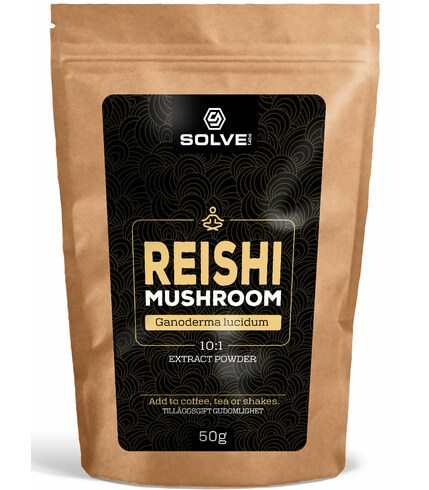 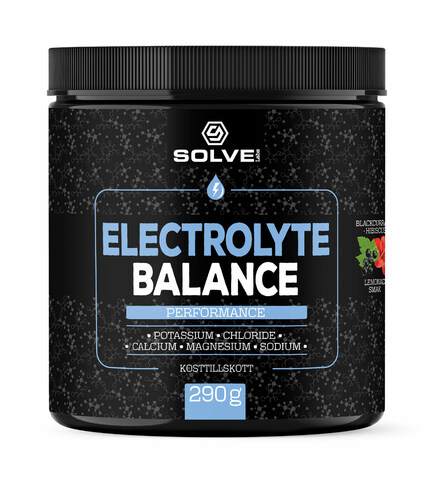